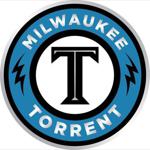 The Women's Premier Soccer League will return to Wisconsin in 2018.

The Milwaukee Torrent announced Thursday that it will field a team in the WPSL, which has 112 teams across the nation this season.

Mark Litton (Racine St. Catherine's/UW-Parkside), the Torrent's goalkeeper coach, will coach the women's team, which will play its home matches at Hart Park in Wauwatosa – most matches will be part of doubleheaders with the men's team.

"At the beginning, I said I wanted something for the boys and girls to look up to ... to the highest level of soccer," said Torrent owner and men's coach Andreas Davi, whose team is preparing for its second season in the National Premier Soccer League. "I think it's just the next logical step to add the women's team.

Davi said that unlike the men's team, the Torrent women will begin as an amateur team, which will allow players from NCAA teams to play – he said he's already talked to Marquette women's coach Markus Roeders and UW-Milwaukee coach Troy Fabiano about the team.

The Torrent likely will play in the Heartland Division, which includes the Chicago Red Stars Reserves, Des Moines Menace, KC Courage and Minnesota Twin Stars for the 2017 season. The league also could re-configure its divisions in the Midwest, as it also has teams in Indiana, Michigan, Ohio and Pennsylvania this year.

The WPSL regular season season typically starts in late May or early June and runs through mid-July.

"We are excited to have the Milwaukee Torrent in our league," WPSL commissioner Jerry Zanelli said in a news release. "Andreas Davi proved in the past that his projects are all successful, and the Torrent will be a great asset to the Midwest and the league in general."

The Torrent will be the fourth state team to play in the WPSL, following the MYSC Lady Blues (2008), FC Milwaukee Nationals (2010 to '12) and the Madison 56ers (2010 to '14). The Lady Blues, based in Middleton, advanced to the WPSL national semifinals in their lone season, while FC Milwaukee did the same in 2010.