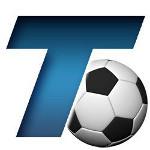 There's still snow on the ground throughout much of Wisconsin and there's more than a month before prep girls soccer teams can start practice for the 2017 season, but two state sides find themselves nationally ranked.

Brookfield Central is No. 39 in the Top Drawer Soccer Spring Fab 50 preseason rankings compiled by Sheldon Shealer, while the Lancers' Greater Metro Conference rival Milwaukee DSHA checks in at No. 45. (View full rankings)

The teams met twice last season, with both matches ending in 1-1 ties. The Dashers (17-6-3) prevailed 7-6 on penalties in a Division 1 sectional semifinal last June and went on to win their fourth WIAA state championship and sixth overall; DSHA also won Wisconsin Independent Schools Athletic Association titles in 1988 and '93.

Both teams are scheduled to open their seasons March 28, which is the first day teams are allowed to play games. Brookfield Central (15-0-3 last season) is set to play host to Wauwatosa East, while the Dashers will play Menomonee Falls at Uihlein Soccer Park in Milwaukee. The teams' GMC match is scheduled for May 23 at Quad Park.

The Lancers and DSHA also are first and second in the Top Drawer Soccer Wisconsin rankings, with Waukesha Catholic Memorial third. The Crusaders (23-1-2 last season) have won state titles each of the past five years, claiming the past three Division 3 championships after winning Division 2 titles in 2012 and '13.

Do you know of other prep coaching changes for the 2017 season? Let us know at wisconsinsoccercentral@gmail.com