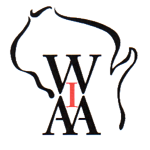 The WIAA boys and girls soccer tournaments have been seeded for the past 17 seasons, with coaches meeting at the sectional or regional levels to set teams' path to a potential state tournament berth.

However, once teams reach that level, pairings are determined by a rotating schedule that pits the four sectional champions against one another. Starting with next fall's state boys tournament, though, that will change.

On Wednesday at its February meeting in Stevens Point, the WIAA Board of Control approved seeding the final four teams for the state tournament, following a recommendation from the soccer coaches' committee.

The coaches of the four semifinalists in each of the four divisions will meet to seed the state tournament after sectional finals. The top seed will play the No. 4 seed in the semifinals, while the second- and third-seeded sides will square off.

The Board of Control approved two other recommendations from the soccer coaches' committee on Wednesday.

The first allows for matches below the varsity level to be held with only one licensed referee if more are not available. In such cases, volunteers' rulings would be limited to whether the ball is out of bounds and which team receives the throw-in; the licensed official would make all other decisions. The other mandates that coaches in seeding meetings must meet together to determine seedings at the regional level; in some meetings previously, coaches of the top eight teams and coaches of the bottom eight teams would split into separate meetings.

Do you know of other prep coaching changes for the 2017 season? Let us know at wisconsinsoccercentral@gmail.com