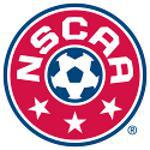 It was a historic fall for the Sun Prairie High School boys soccer program, claiming its first Big Eight Conference championship on the final night of the season.

Conference coaches recognized the Cardinals' Chris Mitchell, naming him Big Eight Co-Coach of the Year. Now another member of the Sun Prairie staff has been honored for his work in helping the team reach the rare height – it was just the third time a team other than Madison West, Madison Memorial or Middleton has won or shared the conference title in the 27-year history of Big Eight boys soccer.

"Always, and I say always, Vince has a large role in the planning and execution of our training sessions. I value his voice so much," Mitchell wrote in nominating Padilla for the regional award. "I ask so much of Vince, and he always steps up, always. You won't find a more loyal assistant coach, but also a guy that isn't afraid to propose new ideas to make our team, and program, better."

Padilla previously coached the Lodi girls program from 2003 to '11 and led the school's boys team from 2006 to '10. A native of New Mexico, he also was a founding member of Sun Prairie SC and currently coaches in the club. As a regional honoree, Padilla was one of four finalists for the national award, which went to Bill Barker of Oviedo (Fla.).