Bret Dietz scored in the 3rd minute and goalkeeper Jim Jones (Kenosha Tremper/Cardinal Stritch) made the slim lead stand up the rest of the way as the Milwaukee Bavarians held off longtime rival Croatian Eagles 1-0 in a Premier League of America West Division match Wednesday night at Heartland Value Fund Stadium in Glendale.

Scott Lorenz (UW) and Milwaukee School of Engineering's Braden Andryk (Milwaukee Marquette) assisted on Dietz's early goal for the Bavarians (5-1-3), who have all but clinched one of the two West Division playoff berths.

Cedar Rapids Rampage United (4-1-3) and SSC Minneapolis City (3-2-3) also are in the playoff chase, and meet Sunday in the Twin Cities. Regardless of other outcomes, Milwaukee can secure a spot in the PLA semifinals July 30 in Springfield, Ohio, with a win or draw in its regular-season finale July 22 at the Madison 56ers.

The Croatians finished 2-5-3 in the PLA West and currently stand fourth in the six-team division. 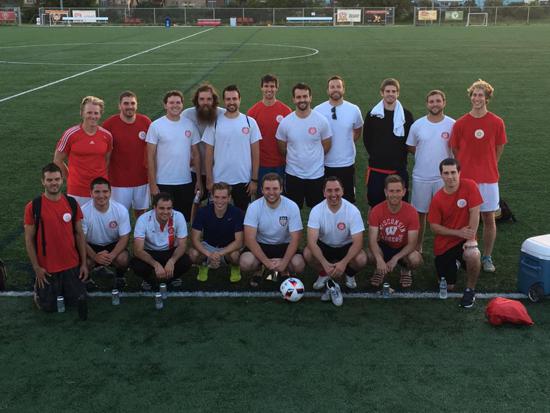