Mary Luba (Shorewood/Marquette) played a huge role as Chicago edged host Oklahoma City FC 3-2 in the semifinals Saturday and SoCal FC 2-1 in Sunday's final, as the midfielder had a hand in four of the five goals for the Red Stars Reserves (13-0-1).

Luba opened the scoring in the final in the 18th minute, then served in a corner kick that was headed in by Marquette's Ashley Handwork in the 53rd that snapped a tie and proved to be the game-winner as the National Women's Soccer League reserve team won its first WPSL title after finishing second in 2011 and '12.

Handwork also scored on a header off a cross from Luba in the semifinal, while Luba – who has made three NWSL appearances this season – scored what turned out to be an important insurance goal in the 87th to give Chicago a 3-1 lead. 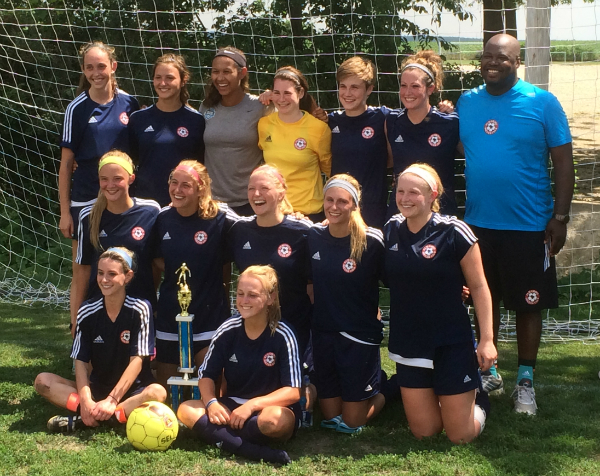