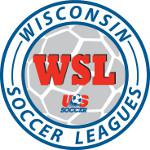 The fields are set for the 2014-15 Wisconsin Soccer Leagues playoffs, which kick off with Major Division and First Division quarterfinals Tuesday night.

In a change from recent years, the top six Majors teams qualified for the postseason; previously, only the top four sides advanced.

The Croatian Eagles (14-1-4) claimed the top seed, while the Milwaukee Brewers (11-5-3) also received a quarterfinal bye thanks to their second-place finish.

North Shore United (10-5-4) handed the Croatians their lone loss of the regular season in a rescheduled match Wednesday night, winning 6-3 to leapfrog Bavarian SC (9-5-5) and secure the No. 3 seed.

NSU, last season's First Division champions, will play host to the sixth-seeded United Serbians (7-6-6) on Tuesday night in Cedarburg. The teams split their regular-season meetings, North Shore rolling to a 12-2 rout back in September and the Serbians responding with a 3-2 victory on May 17.

The Serbians and Milwaukee Kickers (8-8-3) each had 27 points, but the Serbians earned the final spot in the field thanks to a better goal differential (minus-2 to minus-10).

The other quarterfinal will see the Bavarians square off against the fifth-seeded Madison Fire (8-7-4) on Tuesday in Glendale. The road team won each of the regular-season games between the sides this season, the Fire winning 6-4 in November and the Bavarians posting a 2-0 victory May 17 in Madison.

One notable absence from the playoff field is Milwaukee Sport Club, which won the past two Major titles but finished 8-10-1 and eighth this season.

In the First Division, four of the six playoff qualifiers were determined by placement in one of two eight-team groups.

Azteca United FC (15-5-2) finished atop Group 1 and earned the No. 1 seed, while North Shore United Reserves (14-4-4) topped Group 2 to claim the No. 2 seed and the other quarterfinal-round bye.

Atotonilco (15-3-4) – which had the best overall record but finished second in Group 1 – is seeded third and will face No. 6 seed United Serbians Reserves (12-6-4) on Tuesday at Milwaukee Tech High School. The Bavarians Reserves (10-7-5), who ended up second in Group 2 and earned the No. 4 seed, will play host to fifth-seeded Sport Club Reserves (13-7-2) in the first game of a doubleheader at Bavarian Park in Glendale.

The Sport Club Reserves and Serbians Reserves claimed the final two postseason spots as the teams with the most points that finished outside the top two in their respective groups.

Semifinals in both divisions are scheduled for 1 p.m. and 3 p.m. July 11 at the Brookfield Indoor Soccer Complex Outdoor Fields, with the finals July 18 at UW-Milwaukee's Engelmann Stadium. The First Division final will be played at 5 p.m., followed by the Major final at 7:30 p.m.

Editor's note: This article has been edited from its original version. The earlier version had incorrect teams, seedings and pairings for the First Division playoffs.