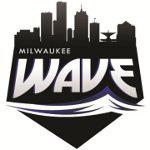 After watching a fourth-quarter lead disappear in a Game 1 road loss to the Kansas City Comets in the Major Arena Soccer League Central Division finals Thursday, the Milwaukee Wave pulled out two hard-fought victories on their home turf Sunday to advance to the Eastern Conference finals.

Daniel Mattos found an equalizer with 1 minute, 40 seconds left in the mini-game and Marcio Leite scored the golden goal 2:26 into overtime as the Wave won the Game 3 tiebreaker in front of 3,348 at UW-Milwaukee Panther Arena. (Watch highlights below)

Those dramatics came after Andre Hayne and Drew Ruggles scored in a 61-second span late in the fourth quarter as Milwaukee (15-8) snapped a tie and posted a 7-5 victory in Game 2 to force the decisive mini-game.

This was the seventh straight season the Wave and Comets (16-7), the regular-season Central champions, met in the postseason. The home team won every match between the teams this season, with Milwaukee claiming four of the six games.

Kansas City led 4-3 at halftime of Game 2, but the Comets would get only one shot past Wave goalkeeper Josh Lemos (13 saves) in the second half.

Ian Bennett then gave Milwaukee the lead in the 15-minute, mini-game with his sixth playoff goal – and 59th overall on the season – but the Comets got goals from Bryan Perez and Vahid Assadpour to go ahead 2-1. With Lemos pulled for a sixth attacker, Mattos leveled the score and forced the sudden-death overtime period.

Leite, playing in just his sixth game of the season, took a cross-field pass from defender Chad Vandegriffe on the left side, worked around Ramone Palmer and ripped a right-footed shot from distance that beat Kansas City goalkeeper Stephen Paterson to the near post.

In Thursday night's opener in Independence, Mo., Bennett had three goals and an assist as Milwaukee took a 6-3 lead into the final quarter, but saw the home side rattle off four straight goals to record a 7-6 victory. Lucas Rodriguez scored two of the late goals, including the equalizer, and Assadpour netted the game-winner with 4:07 remaining.

The Wave will open the Eastern Conference finals on Saturday night. But the location of that match depends on which team wins the Eastern Division title.

The Harrisburg Heat beat the regular-season champion Baltimore Blast 5-4 in Game 1 on Saturday in Baltimore, with Game 2 and Game 3 mini-game tiebreaker, if necessary, on Wednesday night in Pennsylvania.

If the Heat (11-10) win the series, Game 1 of the conference finals will be at 6:05 p.m. Saturday at UWM Panther Arena. But if the reigning MASL champion Blast (14-7) come back to win, the Wave will travel to Baltimore for Game 1 on Saturday night.

Soles de Sonora (19-3) will face the San Diego Sockers (15-6) or Ontario Fury (12-9) in the Western Conference finals, with the winners advancing to the Ron Newman Cup finals.