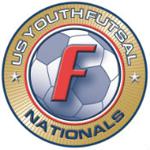 The Forge dropped a 4-3 decision to Indiana Elite in the national semifinals Sunday night in New Century, Kan.

It was the third time the sides had met in the past five weeks, as they split two matches at the Midwest Regional in St. Louis – Indiana Elite won 5-3 in group play last month, with the Forge winning 6-3 in the regional final.

The Forge, Indiana Elite and Florida's Bonita FC all posted 3-0-0 records in pool play. The Madison team, coached by Madison Futsal League founder and director Ilir Lushaj, routed Florida's Santos FC 16-1 in its opener and knocked off Indiana's Phoenix FC 5-2 on Saturday, then tipped Kansas side ESI 5-4 on Sunday morning.

At last year's nationals, the Forge edged Texas' Team X 3-2 in the Under-14 championship game, scoring in the final seconds to win the title. Five of the eight players on this year's Forge team were part of last year's winning side.

Indiana Elite had to settle for second, however, as Ohio's FC UN1TUS avenged a 4-3 loss in pool play with an 8-4 victory in Monday's final. The 12th annual USYF national championships featured a record 147 teams from 19 states and Canada.