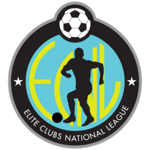 FC Wisconsin Eclipse has fielded teams in the Elite Clubs National League since the girls club was formed in 2012. Now the club's partner program, FC Wisconsin Nationals, will join the ECNL as part of the organization's new boys competition.

The Nationals will be one of nine charter members of the ECNL Boys Midwest Conference when it starts play next fall, the league recently announced. The league will include Under-14 through Under-18/19 age groups.

"The ECNL has proven itself to be one of the most professionally run leagues in the world and we are extremely proud and excited to be one of the clubs selected," Nationals co-director of coaching Bill Solberg said in a league news release. "This is a great opportunity for the development of our players, and will provide them with the added exposure and opportunities to help them reach their goals of playing at the next level."

FC Wisconsin Nationals teams played in the U.S. Soccer Development Academy through the 2014-15 season. The club, then known as FC Milwaukee Nationals, was one of 68 charter members of the league when it launched in the 2007-08 season.

The Nationals also have played in the NPL's Midwest Developmental League since it started in 2011. With their departure from that competition after the spring 2017 season, the Madison 56ers will be the lone Wisconsin club in the 12-team MDL – which will be one of the ENPL qualifying leagues.