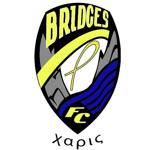 Schneider, 23, had two goals and an assist in 61 appearances (51 starts) for the Badgers. He played in 56 of 58 games over the past three years, and was a regular for the Madison 56ers on the backline of their National Premier Soccer League in front of Onwukwe in goal.

IFK Åmål (7-3-2) is in second place in the 12-team Division 4 Bohuslän/Dalsland, one of 39 regional leagues that make up the sixth division. The champion earns promotion to Division 3 for next season, while the second-place team advances to a promotion playoff series. Åmål returns to action Aug. 6 following its summer break.

Onwukwe, whose college career also included stints at UW-Parkside and Indiana-Purdue-Indianapolis, wrote in a Facebook message that he was going to sign with Ånge and expected to start Saturday's home match against Skellefteå FF. The Minnesota native, who turns 24 on Aug. 17, also played for FCA Darmstadt in the German sixth division during the 2014-15 season.

Ånge (1-13-0) is last in the 14-team Division 2 Norrland, one of five leagues that make up the fourth division. The bottom two clubs will be relegated automatically, with the 12th-place team facing a playoff to keep its spot in the league for 2017.

Caban played all 120 minutes in his professional debut Tuesday as Ånge outlasted host IFK Sundsvall 2-1 after extra time in the quarterfinals of the DM tournament. Ånge will travel to IFK Timrå Herr for a semifinal match Aug. 16.