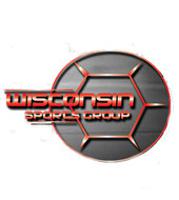 A year before the Professional Futsal League is scheduled to start play next fall, PFL commissioner Keith Tozer and his Wisconsin Sports Group announced plans Tuesday to bring the game to his adopted hometown of Milwaukee.

The WSG All-Stars will face ABK from Grand Rapids, Mich., in the first pro futsal game in Wisconsin on Feb. 6 at Milwaukee Pius High School. The exhibition game will kick off at 7 p.m. at the school's Fieldhouse.

General admission tickets are $5, with limited floor seats available for $20 apiece and VIP tickets, which include food and beverages, for $50. Order tickets online

The WSG All-Star roster will include the Milwaukee Wave's Philip Suprise (Milwaukee Pius), who plays for Tozer on the U.S. futsal national team; PFL Team USA captain Hewerton Moreira, a former Wave player; and Alex Tozer (Whitefish Bay Dominican), the coach's son and a former Wave player who is now with the Cedar Rapids Rampage of the Major Arena Soccer League. A full roster will be released in the coming weeks, according to a news release.

"I am extremely excited to be able to be a part of this historical event right here in my own hometown," Litton said in the news release.