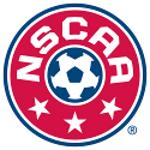 Six women with Wisconsin ties were named All-Americans on Friday, as the National Soccer Coaches Association of America announced its NCAA Division I, II and III honor teams.

The junior forward ranked fourth in the nation with 33 goals – a program record, breaking the mark she set just last fall – was second with 11 game-winning goals and tied for 15th with 13 assists. She's the program's career leading scorer with 74 goals (21 game-winners) and is tied for sixth with 26 assists.

Greeneway, who had a goal or an assist in 19 of 22 games for the Foresters (21-1-0), is the first Lake Forest player named a first-team All-American and just the third All-American in program history.

Sedlar, the Wisconsin Intercollegiate Athletic Conference Defensive Player of the Year, played a key role as Whitewater allowed just 0.64 goals per game en route to setting a program record for wins in a season. She also added two goals and an assist for the Warhawks (18-4-0), who went unbeaten in league play for the third straight year as they won their fifth consecutive WIAC title.

After anchoring a record-setting backline and being a key contributor going forward, senior defender Karley Mecko became just the second UW-Parkside player to be named an NSCAA first-team All-American.

Mecko joined Stefanie Strauss, who made the coaches' top squad in 2004, in claiming the honor. The Rangers (18-1-3) allowed just six goals in 22 matches and Mecko was named the Great Lakes Valley Conference Defender of the Year. The Crystal Lake, Ill., native also finished second on the team with eight goals.

Parkside sophomore goalkeeper Mallory Geurts (Green Bay Preble) was named a second-team All-American by the NSCAA. She ranked second in the nation with a 0.27 goals-against average, seventh with an .885 save percentage and set a program record with 15 shutouts.

University of Wisconsin sophomore midfielder Rose Lavelle was a second-team selection and senior goalkeeper Genevieve Richard made the third team.

They're the 15th and 16th players in program history to earn All-America honors and the first since 2000, when forward Allison Wagner made the second team. And it's the first time UW has had two All-Americans in the same year since 1996, when defender Jill Stewart (second team) and forward Heather Maier (third team) were honored.

Lavelle and Richard helped lead the Badgers to a program-record 19 wins, the Big Ten Conference tournament title and the second round of the NCAA tournament.

Lavelle, who played for the U.S. at the FIFA Under-20 Women's World Cup in August, had three goals and a team-high 10 assists in 24 appearances for UW (19-3-2) and was a first-team, All-Big Ten pick for the second straight year. The Cincinnati native has nine goals and 17 assists in 43 career games for the Badgers.

Richard, a former Canadian youth international from Saint-Bruno, Quebec, set a program record with 16 shutouts this season and her 0.42 goals-against average ranks third in UW history. She was named the Big Ten Goalkeeper of the Year and made the All-Big Ten first team, and finished her career ranked fifth in program history with a 0.78 goals-against average and eighth with 23 clean sheets.

Editor's note: This article has been edited from its original version to correct information relating to UW-Whitewater All-Americans.