The Chicago Fire is the first U.S. team invited to play in the Al Kass International Cup, an elite tournament in Qatar featuring Under-16 teams from some of the world's top clubs. And three Wisconsin players will be making the trip to Doha for the event.

Kornetzke and Alba earned invitations to the tournament based on their participation with the Wisconsin Fire, the partnership between 10 state clubs, the Wisconsin Olympic Development Program and the Fire that started last fall.

There also will be a state presence on the sidelines, as University of Wisconsin men's assistant Stan Anderson (UW-Parkside) is on the Fire Academy coaching staff.

The Fire are scheduled to leave Jan. 11, with their first match against tournament co-host Aspire Qatar on Jan. 14 at 8:35 a.m. Central. The next day, they'll face England's Manchester City to finish out Group D play at 11:40 a.m. Central. 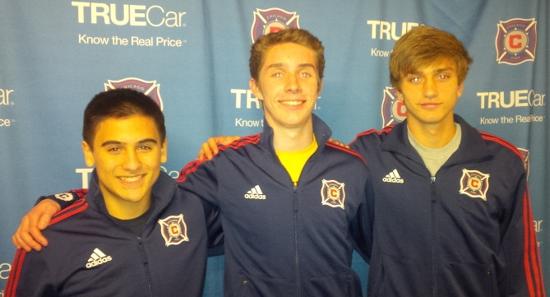