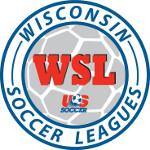 Milwaukee Kickers and Milwaukee Sport Club, who were seeded third and fourth in the four-team Wisconsin Soccer Leagues playoffs, will meet Saturday night for the organization's inaugural Major Division title.

Neither team has played since the semifinals on June 23, when the Kickers (9-5-5) knocked off second-seeded Bavarian SC 4-1 and Sport Club (9-7-4) outlasted top-seeded Croatian Eagles 6-4 to claim their spots in the final.

All three meetings between the sides this season have been tight: they tied 2-2 back in the fall portion of the schedule, the Kickers won 2-0 at home on April 24 and Sport Club posted a 2-1 home victory on May 29.

The Kickers last won the Majors - then under the governance of the Wisconsin Adult Soccer Association - in 2006, while they fell in the 2009 and '10 finals. Sport Club's most recent title came in 1998, ending a run of six championship losses dating to 1980.

Ashley Stemmeler (Mequon Homestead) scored the equalizer in the 83rd minute and Marquette teammate Mady Vicker (Whitefish Bay) got the winner in the 92nd as FC Wisconsin Eclipse rallied past Virginia's McLean SA 2-1 at the ECNL Under-23 nationals Friday in Richmond, Va.

McLean was reduced to 10 players when its goalkeeper was red-carded for taking down an FC Wisconsin Eclipse player on a breakaway.

FC Wisconsin Eclipse has won both of its matches at the tournament and can advance to Sunday's final against partner club Eclipse Select (Ill.) with a win or tie against FC Dallas on Saturday afternoon.