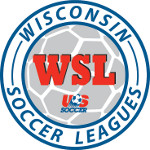 The Wisconsin Soccer Leagues have finalized the playoff format for their Major and Reserve divisions, with both finals scheduled for July 13 at Uihlein Soccer Park's Time Warner Cable Stadium.

The first round of playoff matches will be at the same location on June 23, with the two Major semifinals and two Reserve quarterfinals scheduled for 2 and 4 p.m. The site of those games is to be determined.

The top two teams from the 16-team Reserve Division get byes into the June 30 semifinals – Azteca United (11-1-2) and Croatian Eagles (11-2-1) have clinched those spots. The top seed for the playoffs is still up for grabs as each team has one regular-season match left to play.

In the Majors, the Milwaukee Kickers (8-4-5) lead the standings, but the Croatian Eagles (8-2-4) and Bavarian SC (9-4-1) each have four matches remaining while the Kickers have only one – at the Bavarians next Tuesday night. Makeup games must be completed by June 20.

The Croatians also will head to Overland Park, Kan., for the U.S. Adult Soccer Association Region II Amateur Cup competition the weekend of June 28 to 30. Pairings for that tournament are expected to be announced Friday.

University of Wisconsin midfielder David Caban (Kenosha Tremper) was honorable mention on the PDL Team of the Week after scoring his first goal of the season in the Chicago Inferno's 4-1 rout of the Chicago Fire last Wednesday.

Caban's 51st-minute goal gave the Inferno (2-3-0) a 2-1 lead at Toyota Park in Bridgeview, Ill. His Badgers teammate, Chris Price, scored the opener for the Fire (1-2-0) in the 13th minute, a goal set up by Marquette's Bryan Ciesiulka.

In all, 11 players with ties to Wisconsin played in the match – the teams were scheduled to meet again this Wednesday in Wheaton, Ill., but that match was postponed due to severe weather in the Chicago area.