State pro notes: Malone-Povolny delivers in the clutch for Medkila 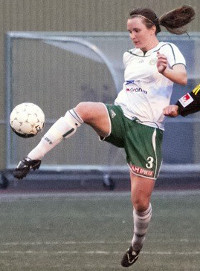 Rosie Malone-Povolny (Marquette) scored her first goal for Medkila IL on Monday, rescuing a point with an 87th-minute goal that gave the Norwegian club a 2-2 draw with visiting Vålerenga in a Toppserien match.

Malone-Povolny and former college rival Keara Thompson (UW-Milwaukee) both played all 90 minutes for Medkila (3-3-1) in the draw, which left the team fifth in the 12-team league with 10 points.