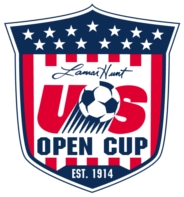 For the second straight year, a Wisconsin team from the National Premier Soccer League will take on the Des Moines Menace in the first round of the Lamar Hunt U.S. Open Cup.

The Madison 56ers will face the Menace on Wednesday, May 15 in West Des Moines, Iowa – the other first-round matches in the centennial edition of the tournament are a day earlier, but the 56ers accepted Des Moines' request to move the game back a day. Kickoff is set for 7:30 p.m. at Valley Stadium.

The Menace qualified for the Open Cup for the fourth straight year by finishing third in the USL Premier Development League's Heartland Division last season, and outlasted the NPSL's Milwaukee Bavarians 3-1 after extra time in the tournament's opening round last May in Glendale.

Madison, which won the NPSL Midwest Region and won the league's third-place match last summer, advanced to the second round of the Open Cup in 2011. Those matches, a 4-0 win over Illinois amateur club AAC Eagles and a 2-0 loss to the Chicago Fire PDL, were both on the 56ers' home turf at Breese Stevens Field.

The club submitted a bid to play host to games again this year, but Des Moines won the coin flip – if both teams bid to host and meet the minimum standards established by the U.S. Soccer Federation, a coin flip determines the home side.

"I'd like to play at home. That would be a lot easier," 56ers coach Jim Launder said. "But that's always how it is."

Launder expects to have close to a full squad available for the match against the Menace, which comes just two days before Madison is scheduled to open its ninth NPSL season against Eau Claire Aris FC at Breese Stevens.

"Depending on what we do (Wednesday), I may want to play a lot of different guys on Friday, if we can," Launder said.

The 56ers' roster is expected to include 17 returnees from last summer, with two additions for the Cup match: midfielder Trevor Banks (Madison Memorial), who played with the team from 2005 to '11, and defender Stacy Terry, who played for Madison in 2012 and is playing with Bridges FC in Chicago as he seeks to start a pro career.

Launder said several players are scheduled to arrive in Madison this weekend or next week, and he anticipates being able to hold a few training sessions with the majority of the team. One exception might be Hartford forward Anthony Santaga (Green Bay Notre Dame), who likely will have to join the 56ers in Des Moines.

"I think we'll be pretty good," Launder said of player availability for the Open Cup match. "It's a pretty seasoned team, with a few new guys thrown in."

The Menace are celebrating their 20th anniversary this year, and it's a season of change with a new general manager and a new coach in Mike Jeffries – he coached the then-named Dallas Burn in Major League Soccer from 2001 to '03, had two stints as an assistant with the Fire and was a college assistant at Southern Methodist and Duke.

Des Moines, which opens the PDL season May 11 at the Springfield Demize, currently has eight players listed on its roster – all returnees from 2012. Included in that group is defender Taylor Diem (Middleton).

"They're always a really strong PDL team. And they're in the Cup every year," Launder said of the Menace. "They could have a pretty seasoned team."

The 68-team field for this year's U.S. Open Cup is the largest in the tournament's long history; the 56ers are one of eight NPSL teams in the play-in round or first round, while Des Moines is one of 16 PDL sides. The amateur team that advances the furthest in the tournament will receive $15,000 – up from $10,000 in recent years.

Four professional teams from the third-level USL PRO will play alongside 32 amateur sides in the first round, while six clubs from the second-tier North American Soccer League will join the other eight USL PRO sides in the second round. The 16 American teams in Major League Soccer will enter the tournament in the third round.

The Lamar Hunt U.S. Open Cup champion will receive $250,000 along with a berth in the CONCACAF Champions League, while the runner-up will claim $60,000.