The Under-15 side (1-0-1) cruised to a 4-1 victory, getting goals from Jennifer Wendling, Jessica Cooley, Selena Nummerdor and Camille Davre – Nummerdor and Davre were called up from the Under-14 team for the match.

Danielle Sobelman had the lone goal for the Under-16 team (1-0-1) in its 1-0 victory, while goalkeeper Jordyn Bloomerposted her second shutout in as many matches.

Meanwhile, the Under-14 team (1-1-0) was forced to use field players in goal after an injury to keeper Jenna Gazanna during the week and dropped a 3-1 decision, getting its lone goal from Lindsey Weiss. The Under-17 side suffered its second straight shutout loss, this time by a 3-0 score, while the Under-18 match against the Sockers was postponed and will be rescheduled.

This weekend, FC Eclipse Wisconsin's Under-15 through Under-18 teams are off to the first ECNL national showcase of the season Saturday, Sunday and Monday in Phoenix, while the Under-14 team is idle. 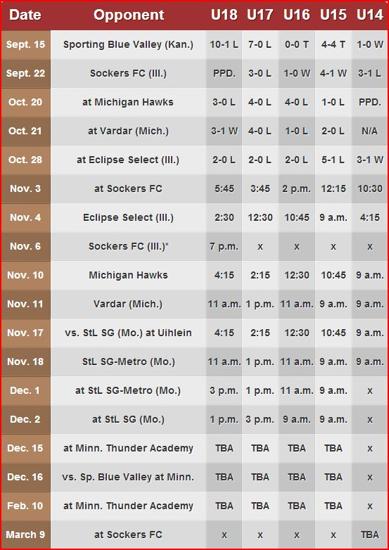 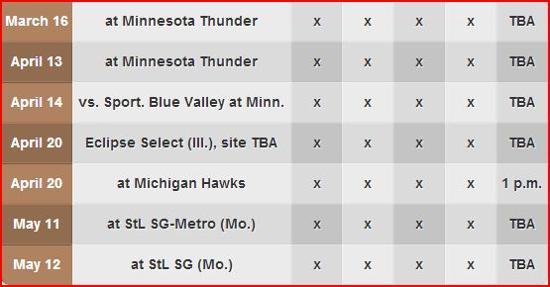